The first movements of the watches have all been manual. In practice, this means that “power” can be charged to the movement by turning the crown manually, whereby the mainspring of the movement is tuned. The mechanical movement contains a lot of fine mechanics and is still a valued movement in watches.

Today, basically all mechanical movements are automatic. This means that the user of the watch does not need to tune his watch in daily use.

Depending on the model, both manually tuned mechanical and automatic mechanisms can hold charge for 30-90 hours. This means the time the watch runs on the table without being moved. When you move the watch, it starts running normally again. 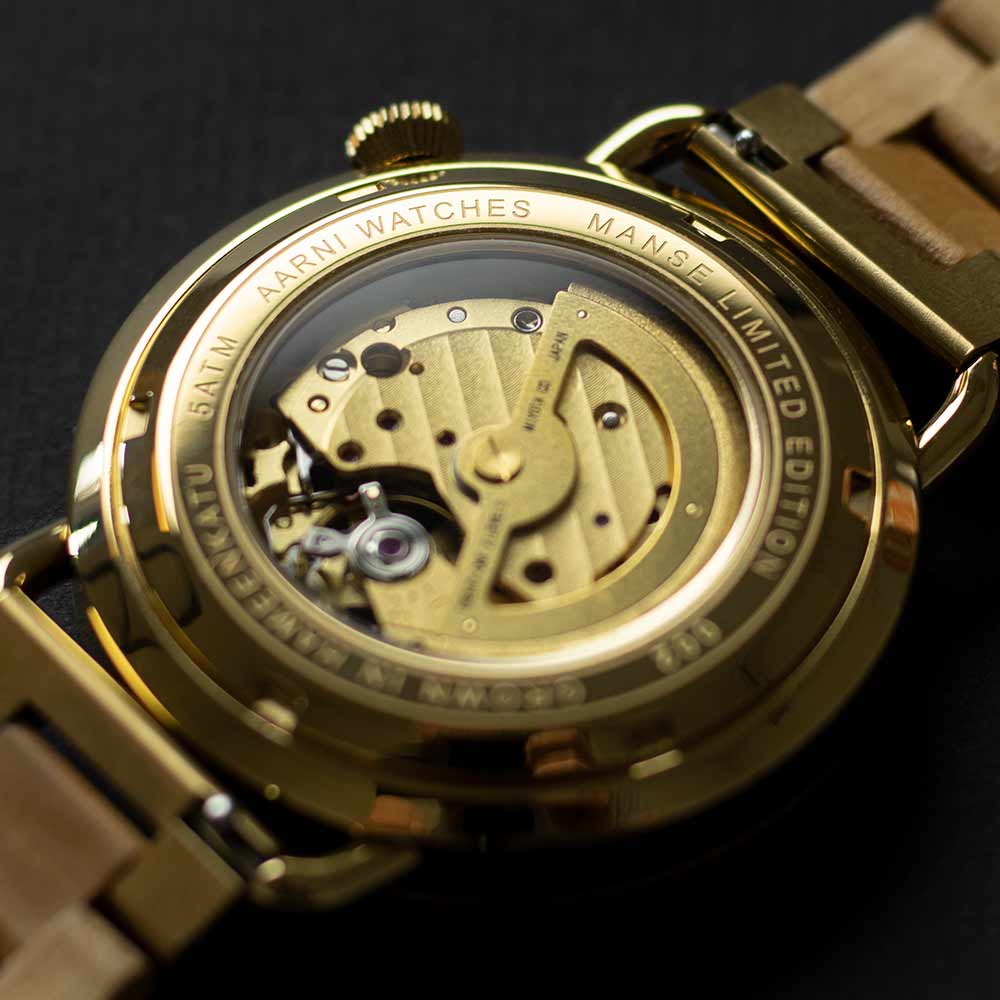 Quartz movement has become the most popular movement in past decades because they are accurate, maintenance-free and inexpensive. The battery is the main source of electrical energy in the electronic circuit inside the watch. The produced energy, together with the help of the quartz crystal, powers the stepping motor.

How does the quartz movement work?

The power of the battery is conducted through a quartz crystal in the movement. The power causes the quartz crystal to oscillate at an exact frequency up to 32,768 times per second. This vibration makes the pointers of the watch move accurately.

Quartz movements are very accurate. A good quartz movement stays on time with a precision of seconds on a monthly basis, where even a more expensive automatic movement can change several minutes a month.

Quartz movements are maintenance-free. Only battery replacement will be relevant every 2-8 years.

Differences between automatic movement and quartz movement in a nutshell

At Aarni, we use both quartz movement and automatic movement. You can find out more about the movements we use here. 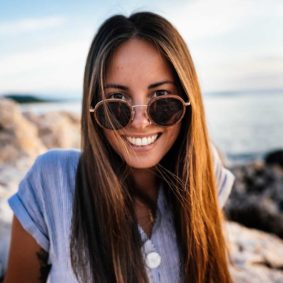